I tend to accumulate lots of images--from the internet, as well as from print--at a steady rate. This weekend I spent some time arranging my "catch" files and found some pieces that I now no longer remember the source for. If anyone has more info on these--or better yet, copies at a higher resolution--please email me and I'll post them in future updates. 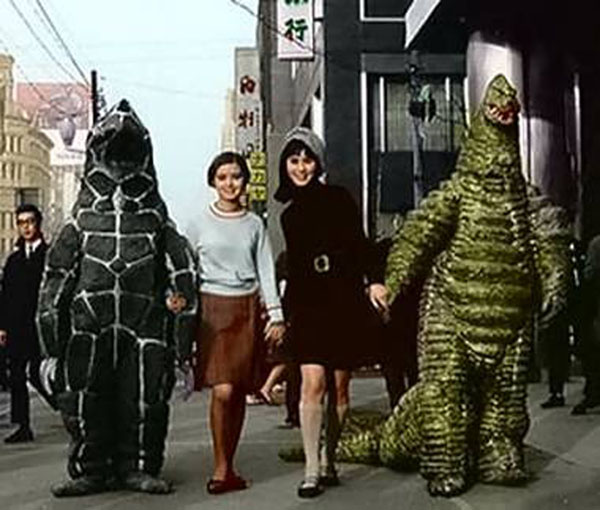 The caption I wrote on this merely says Kaiju Shibuya. The monsters are Drako II and RedKing; the female models are, alas, unknown. The photo looks like it may have been from a magazine spread circa 1966. I'd love to see the rest of this shoot!


This just in! Our San Francisco correspondent August Ragone writes:
"The first photo is sourced from a photo spread, "Monsters & Dates: Ultra Gals", in the April    1967 edition of "Monthly Heibon" (Heibonsha Limited). The girl holding hands with Red King is famous actress-model-singer, Linda Yamamoto (best known to tokusatsu fans as one of the Rider Girls from the original KAMEN RIDER series. Holding Drako's hand is Tomoko Kei, another popular singer-actress-model. Both of these girls are happa."

I'd say the Ultra Dates are not only happa--they're happenin'! 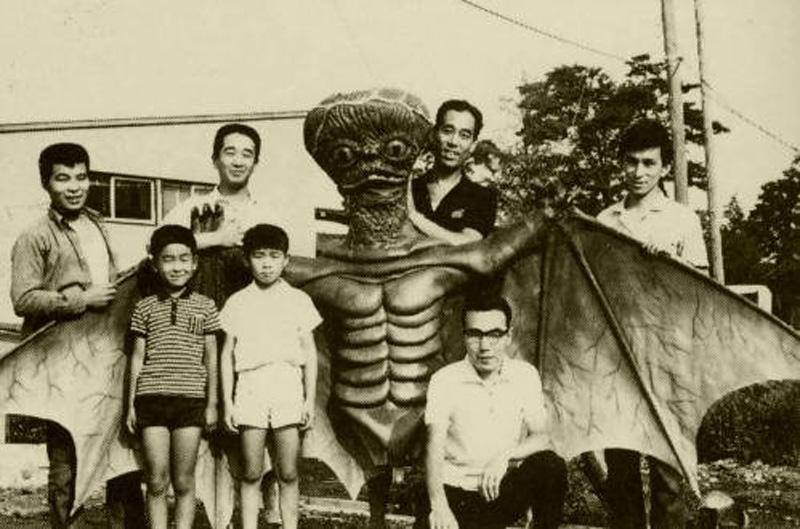 The (partial) kaiju suit shown above is Ghostler from the Captain Ultra series. Eagle-eyed affiliate August Ragone identifies the crew as employees of Ekisu Productions, all of whom worked at Toho under Eiji Tsuburaya; the man standing behind the monster is company chief Masao Yagi. 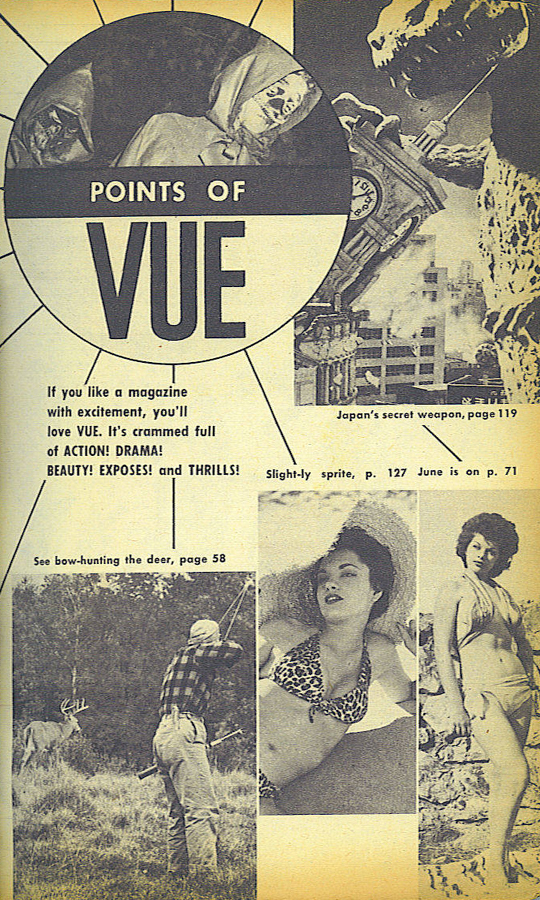 Above is the contents page from a 1955 copy of Vue magazine courtesy of Brad Warner. Brad believes, and I would agree, that this is very likely the first publication in English about the King of the Monsters! Notice that the monster's name is given as "Gojira"--the name "Godzilla" would not come into common usage for another year when Joseph E. Levine bought the rights to bring the film to the U.S.  Hey, Brad! Do you still have copies of this mag? I never got one... 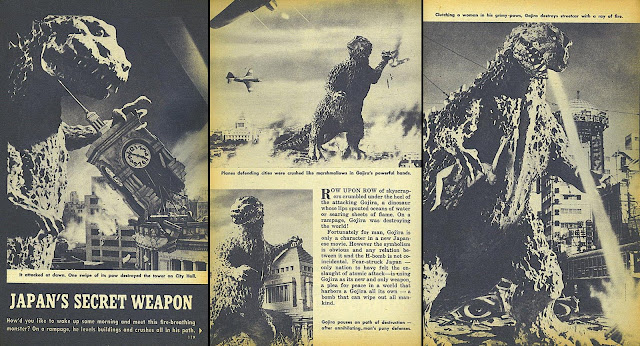