That time of year again 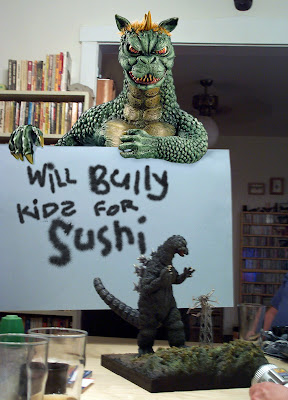 Someone is turning 48 this year, May 25th to be exact. No, not me, I'm way past that...This particular birthday boy is quite the connoisseur and, though he excels in many disciplines, may in fact have missed his true calling as a sushi chef. The things he can do with a little vinegar! Not to mention all those flabs and sedgements. But watch out merry celebrants, don't leave your treats untended. Let no bully pass!
Posted by aleX wald at 3:53 PM No comments: 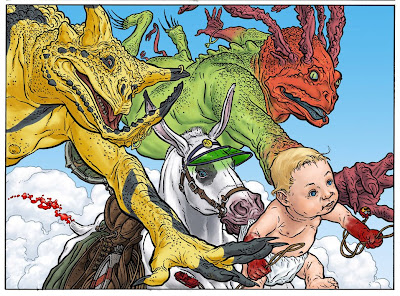 That's our credo in Chicago. Maybe that's why we're "the city that works." But now is the time for all good comics men and comics women to come to the polls and vote for your "Bests" in the Eisner Awards. Voting has never been easier--just click through here.

The nomination for Best Colorist has me among some heavy competitors--Richard Isanove and Ronda Pattison have both impressed me time and again. And then there's Dave Stewart, the hardest working man in the color business. I'm sure these estimable folks wouldn't mind you voting for someone else for a change. The award ceremony, believe it or not, falls on my birthday. Wouldn't it be nice...?