These jigsaw puzzles were the very first Ultraman items in my
collection--I've had them since 1969. They came in little boxes
marked "20 Piece Jigsaw Puzzle." No manufacturer name or other
information, just a simple "Made in Japan" notice on the bottom.
I believe the art was very likely originally intended for menko
cards--possibly the larger variety as they are quite detailed.
Something that viewing these images on a monitor can't convey is
that they are 5 color prints--all have metallic gold borders
and pictorial areas. I've collected many more Ultraman pieces
since then and yet these remain some of my most treasured pieces.
O-tanoshimi ni. 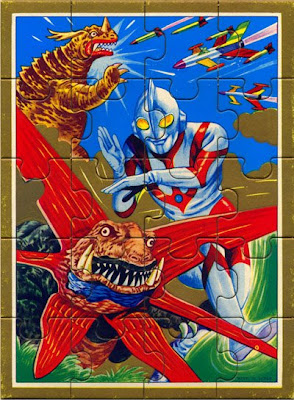 I have a small sized menko with the same image that I found
around the same time. Though the monsters were the main
attraction for me back in '69 (it was some years before I'd
learn the word "kaiju") I became fascinated by the humanoid
figure. Who was that glowing-eyed being with the mysterious grin? 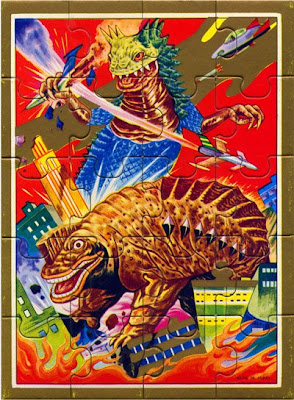 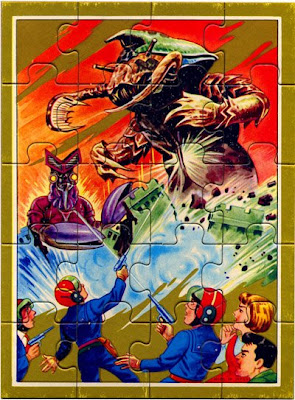 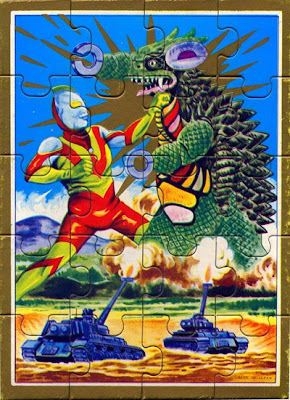 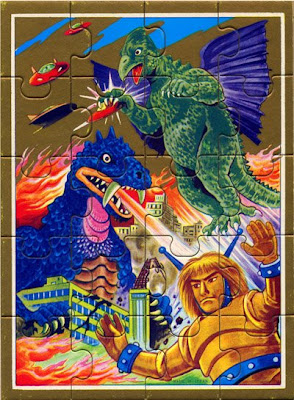 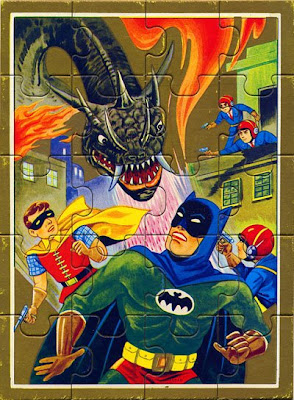 For most American fans, this final card is the mind-blower of
the set. Batman's costume colors are definitely "off-model" and
Robin has a pistol! I didn't realize that the helmeted shooters
were Ultraman's Science Patrol team members until I became
more steeped in Ultra Lore.
Posted by aleX wald at 6:47 PM 2 comments: